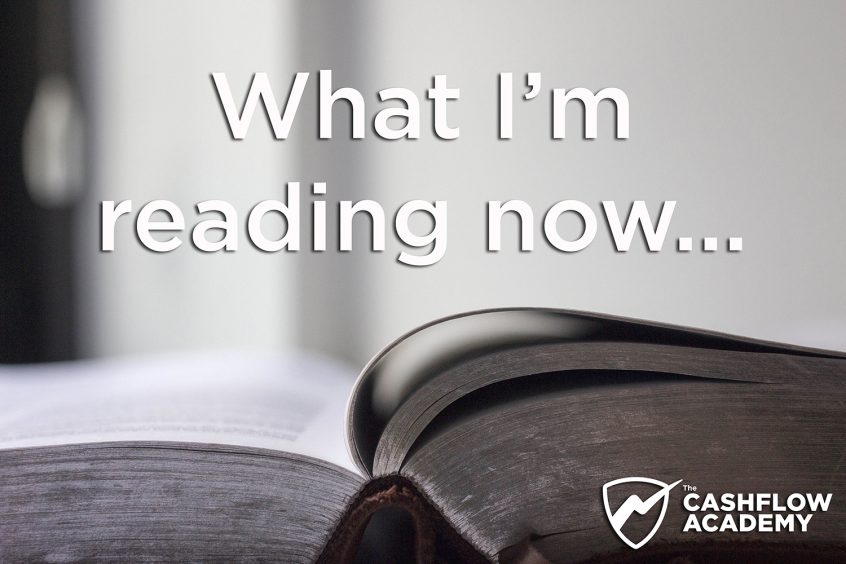 A couple weeks ago I told you about a new book I've been reading called The Orphan Keeper. Shortly after that I had the incredible opportunity of meeting the guy who the book is about: Taj Rowland. His story of survival after getting kidnapped as a young boy in India is astounding. But his story after that is what really caught my attention. Because Taj has risen up to become incredibly successful in many different types of business. And his commitment to helping his extended family in India is so inspiring.

I asked Taj to send me the most important life lessons he has learned on his journey so far. Here's what he sent. I love every one of them…

Life Lesson #1: Stop Crying in Your Past – Move Forward!

“After I was taken as a child in India and then adopted in the United States, I remember sitting with my new American family, not understanding a word they were saying. I was pretty sure they had just changed my name from Chellamuthu to Taj, and I was trying to process that in my head. While so doing, I was shown a map of India and its location relative to the United States. It didn’t take but a second to realize I was on the exact opposite side of the world and this new country seemed to have oceans on every shore. Even if I escaped and ran away, I was never getting back home. It was a point in my young life where I was faced with two choices: I could dwell on my kidnapping, the loss of family, to flail around in my misery, hoping to keep my head above water, or I could swim toward something. I could make the best of a terrible situation. Now, I’m not suggesting there aren’t times in life when you shouldn’t doggy paddle for a minute or two to catch your breath. Rather, I’m saying that self-pity, worry and fear, needlessly drain your energy and diminish your chances of making a difference. Fear will drown you. Certainly everyone needs to remember their past, as it shapes all we do, but you’ll do more good in the world if you focus furiously on the horizon and swim toward your future.”

“As a child I was scolded by my new American mother many times because I’d take all of the oranges from a bowl in the kitchen and hide them in the bottom of my bed under the covers. Why? I’d come from a place where I was never sure when I was going to eat next. It’s a mindset that still influences my decisions today — generally for the better. I believe that when life presents us with a bowl of oranges, it’s wise to save a few for those times when the orange bowl will be empty. I paraphrase the metaphor by saying plan for the rain. It happened literally last year. One of the businesses I own is headquartered in Chennai, India. For several weeks there was terrible flooding in the city and for many days my office building flowed with several feet of water. Did it ruin me? Of course not! I already had oranges set aside. We rented space on higher ground. I shifted work to other cities where I have personnel. We had already made the necessary adjustments. That’s what business is all about. When the rains come we need to be prepared. Here is the important part: as sure as the rain will come, the rain will also subside and the sun will come out. In our case, we not only survived, we were a more efficient and stronger company because of it.”

“Just after college, I returned to India to try and find my family. I thought it would be easy. Rather, like the greater portion of my life, I was hit with obstacles at every turn. My mother had given me the address for the orphanage in India where I’d been taken as a child. (She had it from her correspondence.) However, when I arrived, the orphanage was gone, long since closed. I’d hoped to track down the orphanage owner, but also learned that he had died a year earlier. Instead of quitting, I began to knock doors around the orphanage. I coincidentally ran into a man whose father once worked at the orphanage. This man actually remembered me and brought out a picture of us playing together as children. It was both shocking and surreal to reunite with a childhood Indian friend, but still, in the end, he couldn’t tell me anything about my family. Another dead end. One more time I could have given up. I chose instead to hire a taxi and for days rode around in ever widening circles, in city after city, looking for anything familiar. On the last day, at the last moment, while sitting in a muggy rickshaw, I coincidentally heard the sound of a man hacking coconuts. It triggered a childhood memory that led me down the alley to the home of a woman I knew as a boy. She was the landowner who had rented my family our hut where we had lived. Even after so many years had passed, she remembered me, that I’d been kidnapped, though she sadly admitted that my family had moved away ten years earlier. One more dead end. Did I quit? I think you know the answer. Coincidence after coincidence, each invited and inspired by persistence, eventually led to an amazing reunion with my birth mother and extended family. I’ve learned that in life, when we reach a dead end, we need to take a breath, look up, and then say aloud, “One more failure! That means I must be getting closer!”

“I do my best to give back, to help others. Lately I’ve been involved in projects that bring life-giving water to remote villages in India. In so doing, I’ve noticed a most amazing correlation. In the years that I give more, when I do more for others, my business grows. If I cut back in my charitable giving, my business struggles. I can’t explain it! The math feels counterintuitive, but I’ve watched it happen over and over again. It seems that the gods of fate watching over us reward generosity. Knowing that, I recommend to anyone in business that they build generous charitable giving into their projections. As for me, it’s a financial must. Besides, it also lets me sleep with a smile on my face.”

Life Lesson #5: Your Scars are Gifts

“I’ve been involved in many multi-million dollar business deals. I thrive on the grit that it takes to turn a simple business idea into a thriving enterprise. It keeps my blood flowing. I’m certain that much of my determination to succeed comes from the agony and emptiness I felt from my kidnapping. It seared scars into my heart that remain to this day. So in many ways they are a gift. They push me forward. They also remind me that business success, while to be savored, pales in comparison to the simple joys of watching my daughter play soccer or spending a weekend with my wife. Amidst the bustle of a busy life, I’m grateful to be reminded that true joy comes from people, friends and family. Thank goodness for life’s scars.”

If you haven't read it yet, see it here on Amazon.